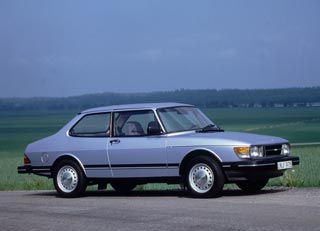 Hello and welcome to the 99/90 Register. I'm Stuart Payne and I look after the register for the Club.

This long production run is a tribute to the thorough engineering and testing that went into the advanced original design, and to the careful development and improvement that continued throughout its life. This lack of 'change for changes sake' and cost cutting which plagues many modern cars makes the 99 relatively straight forward to maintain and run even today, many years since production ceased. The basic mechanics under the bonnet are simple by today's standards, and the chassis is immensely strong, more than capable of handling turbo power (there is a separate register for the 99 turbo cars)

Of all SAAB models the 99 is the most neglected and as a consequence some versions are becoming extremely rare. The register thus has an important role in recording details of members' cars and also offering advice and assistance to those trying to keep these remarkable cars on the road.

Looking for VSS105M
Saab 9-3 Viggen
A genuine Viggen in really good condition inside a ...

Fantastic SAAB plate
Want a distinctive registration for your Saab (200 ...