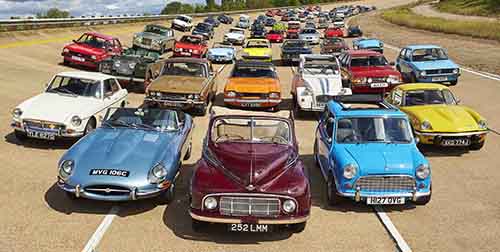 The SAAB 96 has been voted Britain’s 29th favourite classic car, in a poll of Practical Classics readers.

One hundred classic cars assembled at the top secret Millbrook circuit for a celebration of Britain’s favourite classics, following a survey by Practical Classics magazine.

The humble Morris Minor was triumphant in the vote and led a gathering of the top 100 cars on the high-speed bowl of the Bedfordshire test track. Behind the Minor were two other legends of British motoring, the E-type and Mini in second and third place respectively.

Assistant Editor of Practical Classics magazine James Walshe says it was a truly memorable day. ‘At one point, I could barely believe my own eyes. A hundred of the most beautiful cars right there in one place. It was an unforgettable sight. Alongside the cars, we had one hundred enthusiastic owners, who spent the occasion sharing stories about their beloved motors. It’s clear these cars aren’t just lumps of metal. They’re members of the family and will be treasured forever’.

From family cars like the Ford Cortina and Vauxhall Cavalier to exotics such as the Rolls Royce Shadow and AC Cobra, almost every type and era of historic car was represented in the survey. There was a surge of enthusiasm for modern classics too, with notable entries from the VW Golf, Fiat Panda, Ford Sierra and original Mazda MX-5.

Walshe says it’s a mark of how the classic car industry is growing. ‘An Austin Allegro might be worth significantly less than an Austin-Healey 3000 but there’s no difference in the passion for them. Owners of both these kinds of cars display exactly the same degree of enthusiasm and that’s what this survey – and the day itself - celebrated. We hope readers enjoy the results’

The full list of Britain’s favourite classics is published in the December 2016 issue of Practical Classics, on sale November 2nd in stores and online at www.greatmagazines.co.uk/pc100 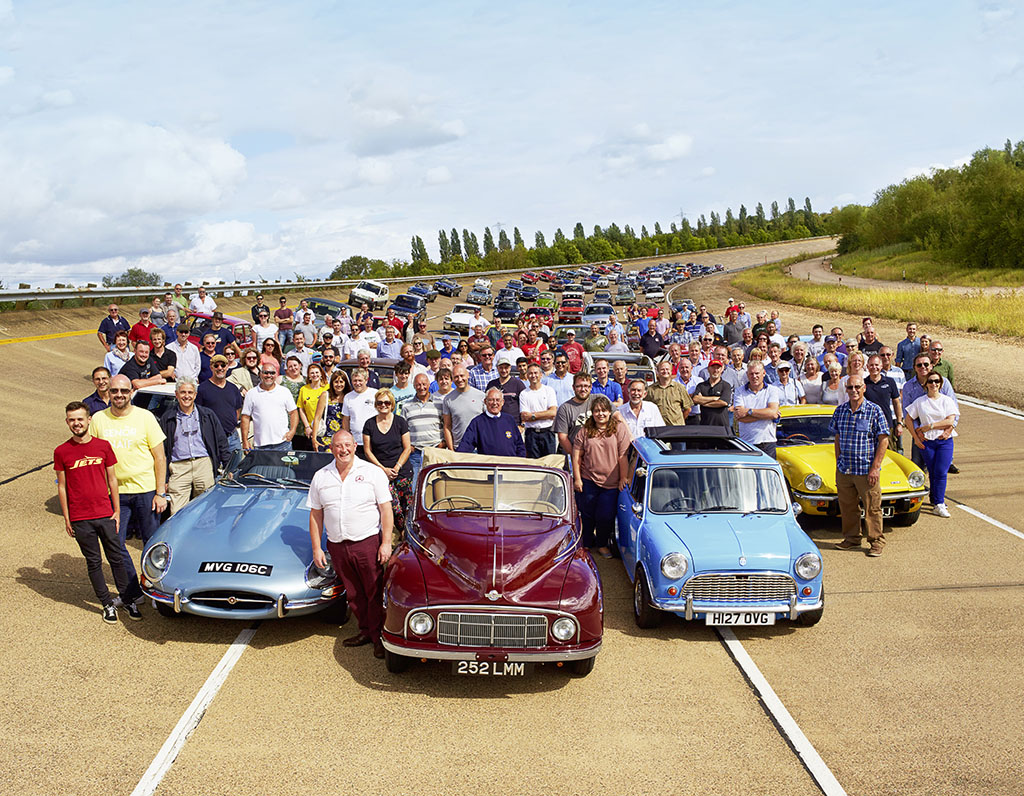