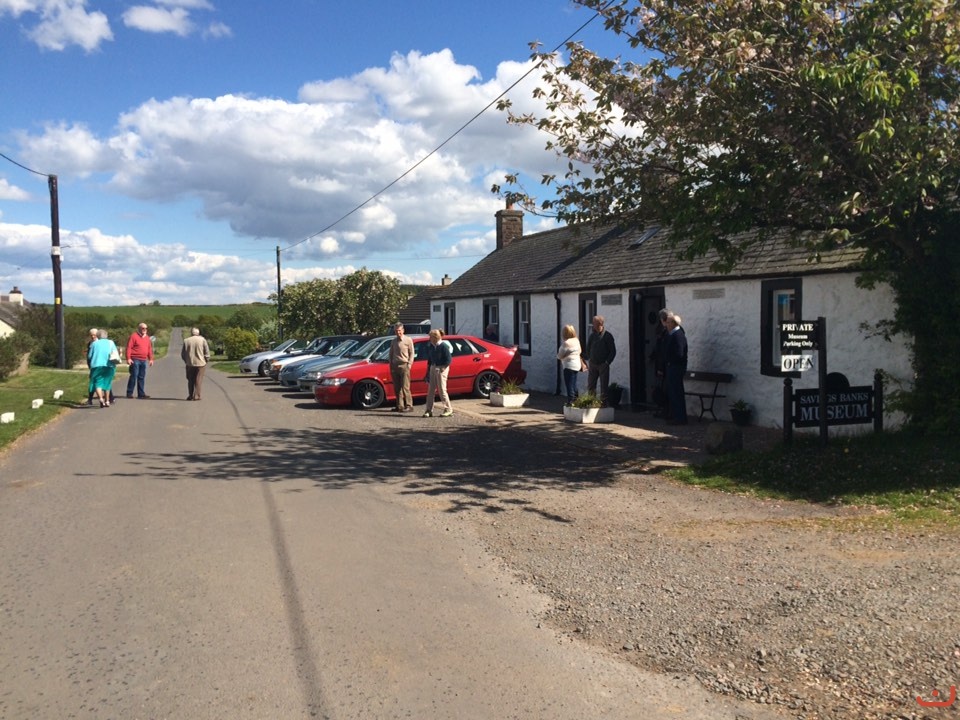 14 Ebor Saab members set off on Friday 10 May to make their separate ways to the assembly point at Gretna Green for what was billed as a Scottish Mystery Weekend, the mystery being only the organisers knew the itinerary. The mystery began to unfold on Saturday morning with a drive along gloriously empty roads under blue skies up into rural Scotland to visit the Kagyu Samye Ling Tibetan Temple at Eskdalemuir (nobody expected a visit the foothills of the Himalayas).

After lunch the party went over to the Solway coast and on to the first ever Savings Bank Museum at Ruthwell where the museum staff took pictures of the assembled Saabs for their Facebook page. On the return run to the Dryfesdale Country House Hotel the party paid their respects at the very moving Lockerby Air Disaster Garden and Visitor Centre. Sunday began with a stop at an ice cream parlour before moving on to the last part of the mystery, the Devils Porridge Museum at Eastriggs which tells the story of making First World War munitions. After that the party made their way home. All agreed it had been a very enjoyable weekend. 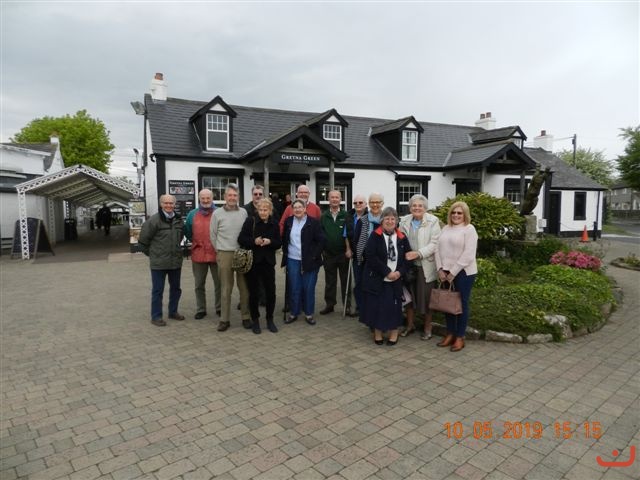 In addition to the permanent exihibition there will be a display of bicycles. THIS EVENT IS TO BE CONFIRMED.